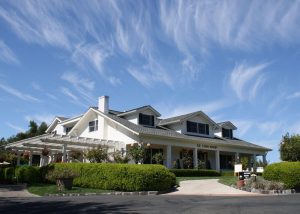 Winery founder Bruce Cohn was introduced to the music industry at an early age. Prior to moving west from Chicago, Illinois, his father sang Italian Arias and his mother was known to have sung with Frank Sinatra in the Chicago nightclub scene. In 1956, the family relocated to the Bay Area and settled in Sonoma County. While at college, studying broadcasting and communications, Bruce became intimately involved with the San Francisco music scene, running a music rehearsal studio by day and serving as a television engineer at night. It was around this time, in 1970, that Bruce met and became the manager of the Doobie Brothers, which he managed for 45 years as they climbed the charts into Rock-n-Roll stardom.

B.R. Cohn Cabernet 2014 Retail $19.99
A bold, rich Cabernet with aromas of cassis, black cherry, mint and violet combine with a bouquet of pungent oak, anise, and warm vanilla. On the palate, lush cherry, caramel, and clove are wrapped in smooth tannin and a long juicy finish.

Excellent with corned beef and cabbage, bacon wrapped fillet mignon, or old fashion spaghetti and meat balls in marinara. Also serve with strong cheese and flat bread on your next vineyard outing or pair with your favorite dark chocolate.

The Martinelli family has been growing grapes in the Russian River Valley since the 1880’s. At the ages of 19 and 16, Giuseppe Martinelli and Luisa Vellutini eloped from their small village in the Tuscany region of Italy, making their way to California looking for land to farm and start a winery. Giuseppe had been a winemaker in Italy and with his viticulture knowledge he was hired to plant a vineyard for a farmer in Forestville. Within two years he earned enough money, and borrowed some from a local wood cutter, to purchase land of his own. Working side by side on a 60 degree slope, Giuseppe and Luisa planted a small area of Zinfandel and Muscat Alexandria vines, which later became known as the Jackass Hill vineyard. Over 100 years later, this south easterly exposure remains the steepest non-terraced vineyard in Sonoma County.

To this day, the Martinellis still sell more grapes then are used to make their own wines; about 90% of the grapes they farm are sold to other Sonoma County wineries. Lee Sr. and his two sons, Lee Jr. and George, continue the proud legacy of care-taking the land, and you may meet one of the Martinelli daughters, Julianna or Regina, on the road at various events or at the winery.

The 2014 Bella Vigna Pinot Noir is sure to become your go-to wine. This approachable wine is bright and fresh, with wonderful aromas of plum, red apple and hibiscus tea. Flavors include juicy cherry pie, currants and hints of cinnamon and vanilla.

The Chardonnay grapes are picked between 24 and 26 degrees brix to ensure mature ripe fruit flavors. The wine is 100% barrel fermented with wild yeast, resting in 50% new French oak for 10 months before bottling. The wine is neither heat nor cold stabilized, and is un-fined and un-filtered, clarified only by racking before bottling.

The 2012 Bella Vigna Chardonnay has aromas of wet slate, lemon oil, lychee and vanilla. The palate is nicely balanced with flavors of green apple, creamy lemon, and touch of minerality.