Two of Italy’s most acclaimed winemakers, brothers Riccardo and Renzo Cotarella, founded Falesco in 1979. Their philosophy is focused on balancing the uniqueness and tradition of native varietals with the versatility of international grapes. The result is a complete portfolio of wines that consumers and critics alike have recognized as exhibiting extreme value and Best of Class offerings. 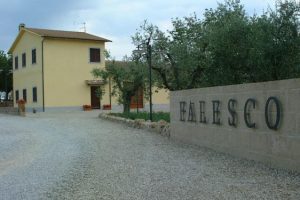 The 2013 Cabernet Sauvignon Tellus is an amazing value wine and to my palate, it is by far the best of the three wines in the Tellus series. The wine offers true varietal notes of blackberry and dried cherry. It is aged in neutral oak for up to six months. You can taste some of those toasted notes, but they are not invasive.

Here’s a new wine from Falesco. The 2014 Chardonnay Tellus is made for an international palate and follows in the great success of the Syrah-based red wine Tellus that was first made some eight years ago. This Chardonnay is born from limestone rich soils and is fermented in oak. The wine opens to fragrant tones of yellow flower, stone fruit and Golden Delicious apple. 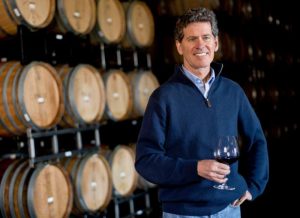 The less expensive label for Paul Hobbs is his Crossbarn label. He has done a magnificent job of elevating the quality of these wines, which are all made from purchased fruit. Take, for example, the Crossbarn 2014 Chardonnay from the Sonoma Coast. There are over 16,000 cases of this wine, which is bone-dry. Ten percent is barrel-fermented, and the rest aged in steel, so it is essentially a naked style of Chardonnay, and the 2014 is just a beauty, with crisp acidity, notes of apple blossom, tangerine oil and honeyed lemons in an extroverted, beautifully pure and natural style. This is delicious, and a terrific value in Chardonnay to drink over the next few years. 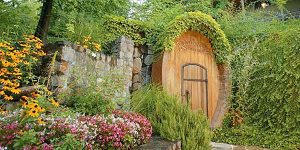 When founders Koerner and Joan Rombauer moved their two children, two horses and five dogs to Napa Valley in 1972, they arrived armed with an appreciation for the intimate relationship between food and wine. Their appreciation stemmed from Koerner’s great aunt Irma Rombauer having authored internationally renowned cookbook the Joy of Cooking and his ancestors originating from the winegrowing region of Rheingau, Germany, where wine is considered an essential complement to a meal.

Appreciation bred passion, and Rombauer Vineyards was established in 1980. Thirty-five years later, the winery remains owned and operated by first-, second- and third-generation members of the family.

The 2013 vintage in California was a friendly one for Zinfandel, with a long, warm, even-keeled ripening season. From the winemaker: “Our classic California Zinfandel is deep purple-red, with a bright, youthful red hue. Lifted aromas of raspberry and cranberry waft from the glass, followed by a wave of licorice and spice. On the palate, the wine is lush and concentrated. Flavors of ripe cherry and vanilla converge toward blackberry and spice. Very fine tannins and great length make for a satisfying finish.”