The May wines are in!  This month I chose two French wines that are both rated 90 or more by Robert Parker.  Although these wines come from different producers, they are both imported by European Cellars Selection (Eric Solmon).  They are one of the premier importers of Eurpean wines.  Robert M. Parker Jr. said Eric Solomon was his #1 Wine Personality of the Year 2002.

In 1994 Eric visited the Vignerons d’Estazarques and met a young, passionate director/winemaker named Jean-Francois Nicq.  By the end of the day, he & Jean-Francois had decided on a custom bottling of old vine syrah from one of their best parcels, Andezon.  This opaque-black, blockbuster Syrah could have been Australian Shiraz.  What a find!  Previously sold in bulk (vinous suicide) to a very famous producer in the Rhone Valley, Eric jumped at the opportunity and over a decade later it remains one of the core items in the Eric Solomon portfolio.

Some years later, a spectacular parcel of old vine Grenache was found in the Côtes du Rhône Villages Appellation Signargues which would be developed in to ‘La Granacha.”  Signargues is the furthest south of the Côtes du Rhône Villages Appellation and it spreads out over 4 different communities : Domazan, Estézargues, Rochefort du Gard and Saze.  The terroir of Signargues is well known to historians going from the occupation of the area by the Romans to the battles of Charles Martel, from the Popes in Avignon to the cult of Bacchus.  Vestiges still exist, such as the double faced statue of Bacchus and Ariane which can be seen in the Louvre Museum, found by an archaeologist on the land. 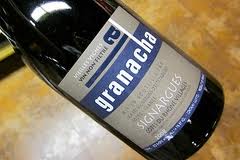 The 2009 Domaine d’Andezon (90% Syrah and 10% Grenache) is a tank-fermented and aged, unfined/unfiltered cuvee made only for the American market from 50-year-old vines. It offers explosive notes of smoky bacon fat, cassis, and blackberries, a deep, rich, chewy style, and an exuberant, flashy personality. With unbelievable flavor intensity and personality for its price, it will provide plenty of pleasure over the next several years.

One of the oldest viticulture areas of France, vines in the Roussillon were cultivated by the Romans, and perhaps even before that. With some of the most dramatic topography in France, many of the zones are composed of extremely steep hillsides – resembling the Priorat in Spain in many ways.

One of the most sought-after winemakers of Europe at the moment, Jean-Marc Lafage lends his expertise with Southern European varietals to several top estates in both France and Spain (he makes Evodia  with Eric Solomon among other custom cuvee projects) and also in South America. However, his best work is perhaps at home at his estate in the hills of the Roussillon with his wife, Eliane, also a highly accomplished winemaker. 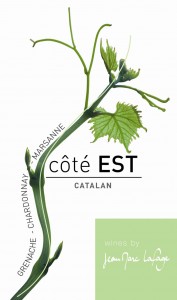 The Lafage 2010 Cote Est – comprising, as usual, Grenache Blanc, Grenache Gris, Chardonnay, and a bit of Marsanne – is delightfully scented with honeysuckle and iris, and its palate combination of juicy lime with the bite of cress, tangerine rind, and persistent inner-mouth florality put me in mind of some top-notch, lighter Gruner Veltliner. In fact, this harbors 13% alcohol yet finishes with a striking sense of levity, not to mention combining subtle but alluring textural enrichment via the lees with refreshing vivacity and intriguing, mouthwatering hints of iodine and salt. Look for it to prove phenomenally versatile over the next 12-18 months.  As explained in issue 183, this blend is assembled as juice (not as wine) following a 12-15 day super-cold but gentle settling period for each variety and lot – just one of the many examples of wholly unorthodox Lafage methods resulting in something extraordinary, here above all in terms of uncanny balance as well as improbable price-quality rapport.

The DiStefano Winery was established in 1983 being one of the first 5 wineries in Woodinville, now known as Woodinville Wine Country and home of 90 tasting rooms. The winery produces high quality white and red wines made from classic varietals grown in Washington State such as Sauvignon Blanc, Viognier, Merlot, Cabernet Franc, Cabernet Sauvignon and Syrah.
DiStefano winery does not own its own vineyards, but relies on long-term relationships and contacts with existing well know vineyards, such as Willard and Roza Hills in Yakima Valley, Bacchus and Dinoysus in Columbia Valley, Rosebud and Weinbau on Wahluke Slope, and Alder Ridge in Horse Heaven Hills. 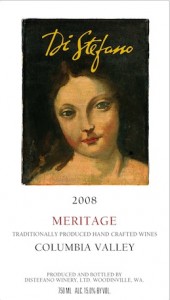 Producing world-class wines was the vision of two former aerospace engineers who in pursuit of their dream launched ZD Wines. The initials ZD were a very nice tie between the new partners last names and a quality control program they had worked under “Z”ero “D”efects! Over the years, ZD Wines have graced the tables of White House dinner parties, spanning three administrations. The wines have garnered over 342 awards of excellence in prestigious competitions; and in 1997, ZD Wines was named a Winery of the Year by the Wine & Spirits Buying Guide.

This 2010 ZD Wines California Chardonnay is yet another testament to our unique style and pursuit of richness and balance through our careful selection of cool, coastal vineyards from as far south as Santa Barbara and Monterey counties to our own Napa and Sonoma Carneros appellations. All of the grapes were harvested at optimal maturities and 100% barrel fermented in our cellar which is kept at a chilly 48°F during fermentation. This long, cool fermentation preserves the vibrant tropical and clean citrus aromas while also helping to inhibit any malo-lactic fermentation, thus maintaining a balance of forward fruit and bright natural acidity. Aromas of pineapple, guava and pear mingle with hints of vanilla and orange blossoms. The palate is full bodied and rich with the perfect balance between fruit, oak and acidity. Like many ZD Chardonnays, this wine is a joy to drink when young but will also age and develop beautifully for many years to come. 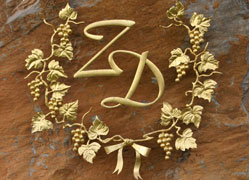