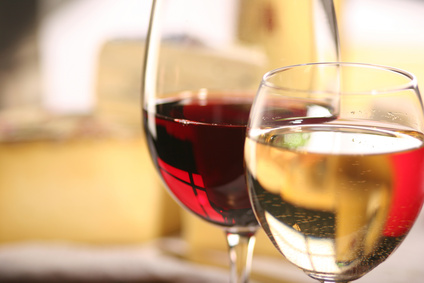 This month I chose two wines from Washington State’s Columbia Crest.  The more wines I taste from Washington, the more I am a true believer that they are some of the best in the U.S.  Wine Spectator named Columbia Crest Reserve Cabernet “Wine of the Year” in 2009.  This was the first time a Washington State wine has won this prestigious title.  Another great Washington winery called Quilceda Creek has had more 100 point ratings that any other California wine!  Whether you like Cabernet, Merlot, Syrah, Riesling, or Chardonnay, give Washington State a try and you will see that they are some of the best domestic values on the market.

Juan Munoz Oca joined Columbia Crest in 2003 and was named head winemaker in 2011. Prior to 2011 he was dedicated to the winery’s red wine program where he worked alongside Ray Einberger whose 2005 Reserve Cabernet Sauvignon, ‘Wine of the Year’ by Wine Spectator in 2009.   The two wines I chose come from the H3 series, which stands for Horse Heaven Hills.  This is the name of the vineyard where the grapes are grown and is named for the wild horses that once roamed the area.

Whole berry Chardonnay from select vineyards was pressed. The juice was held at 50 degrees in stainless steel tanks, for two days, allowing solids to settle.  38% of the clarified juice was barrel fermented in new American and French oak, and 37% in older oak barrels to create complexity and maintain the fruit integrity.  25% of the juice was fermented in stainless steel to retain the minerality and fruit-forward, elegant characters unique to the Horse Heaven Hills region.  Various yeasts were used at fermentation including Prise de Mousse Burgoblanc and N96; 75% of the wine was then inoculated for malolactic fermentation.  All barrels were hand stirred weekly for six months; the wine aged in barrel for a total of 9 months.  Barrel lots were clean racked by gravity flow into a blend just weeks prior to bottling.

“Aromas of baked apple, honeysuckle, nutmeg, and a touch of mineral introduce this elegant yet racy, medium-bodied Chardonnay. A broad spectrum of orchard fruits and sweet oak notes lead to a seductive, slightly creamy vanilla finish.”

The 2009 Chardonnay Horse Heaven Hills (a mere 36,000 cases) was 75% barrel-fermented with 75% of the wine going through malolactic fermentation. It was aged sur lie in barrel for 9 months with batonnage. Toasty tropical aromas lead to a spicy, savory, well-balanced, lengthy Chardonnay that is an excellent value meant for drinking over the next 2-3 years

For high quality at low prices, these wines are the world’s best. (90 points)

Jay Corley, came to Napa Valley in 1969 seeking land to plant and grow an estate vineyard.  Thirty-five plus years later, sons Kevin, Chris and Stephen manage the winery: Kevin is our Winegrower and President, Chris is the Winemaker, and Stephen is the Director of Wine Sales. They are a small winery producing approximately 15,000 cases of wine annually designated MONTICELLO VINEYARDS, CORLEY RESERVE and CORLEY.

This 2010 Cabernet Sauvignon is like a slice of Napa Valley, as it represents four vineyards spanning the valley from St. Helena to Rutherford to Yountville to our Home Ranch in Oak Knoll District. You can find elements of each appellation in the finished wine. Lush fruit from St. Helena, dusty tannins and berries from Rutherford, black berry fruits and firm tannins from Yountville, and a solid backbone from Oak Knoll District. The wine is big, with a nice attack, huge mid-palate and along lingering finish.

This 100% Chardonnay displays is showing great aromas of tropical fruit with citrus undertones. The oak is very well integrated and lends the wine a nice tone of lightly toasted vanilla aromas. The texture of the wine is very smooth, with a lower than typical alcohol and fresh acidity that culminates in a smooth lingering finish. Drink Now through 2015.